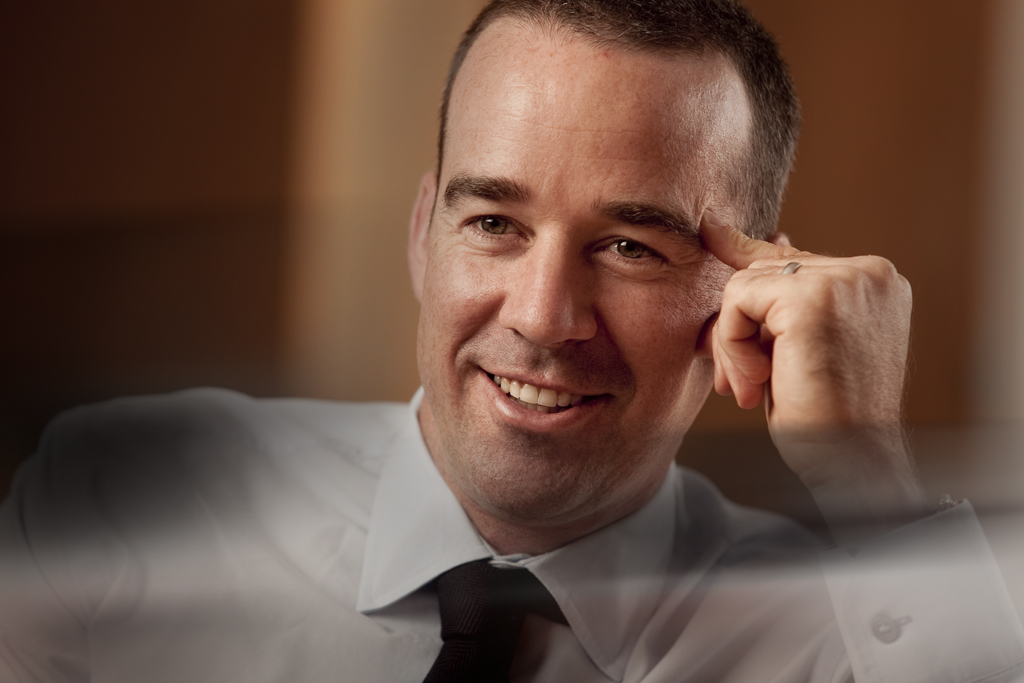 "I understand first hand the time involved in building trust to originate a transaction, the commercial dynamics and obstacles, and the role that a good lawyer plays."

The work that Kieren undertakes with clients is across the spectrum of mergers and acquisitions, corporate and commercial transactions. He brings the additional perspective gained through investing a significant part of his career working on the client side of transactions holding executive roles from corporate development and strategy to line management with profit and loss responsibility.

Kieren trained with a US corporate firm in Sydney, and then worked with a magic circle firm in London, specialising in private equity. He has never been too far from the industry, taking commercial roles with portfolio companies of The Carlyle Group in London (energy infrastructure) and Advent Capital in Sydney (construction), and consulting to CHAMP Private Equity.

Spacer Technologies — advised Spacer, a peer-to-peer platform, on its acquisition of Where I Park Inc.

Hayes Information Systems — advised the shareholders of Hayes on their sale of the entire issue of share capital of Hayes to Anatas Pty Ltd (a subsidiary of ASX-listed technology business Atturra Limited).

Pierlite — advised the Gerard Lighting Group on the sale of its Pierlite business to Signify of the Netherlands (formerly Philips Lighting).

Everi — advised Everi Technologies (a subsidiary of NYSE-listed, Everi Holdings, Inc.) on its $33 million acquisition of payment systems and cash management technology business ecash, in March 2022, and on its acquisition of gaming developer Atlas Gaming, also in March 2022.

Car Next Door Pty Ltd — advised Car Next Door and its shareholders on the sale of 100% of its shares to Uber Australia Holdings Pty Ltd.

Merivale Group — advised the Merivale Group on its landmark contract with Venues NSW (VNSW) to be the exclusive hospitality experience partner for the Sydney Cricket Ground (SCG) and Sydney Football Stadium (SFS).

SHAPE Australia Corporation Limited — advised SHAPE, a leading Australian multi-disciplinary building contractor on an Initial public offering and admission to the ASX in 2021.

Jack Nimble — advised the shareholders of digital agency Jack Nimble on its sale to Sparro, in October 2021.

Ausdeck — advised the shareholders of the Ausdeck manufacturing business on its sale to Alpin Investors, in February 2021.

B.B.E — advised digital agency B.B.E and its shareholders on its sale to agency network Hero in October 2020.

Frollo — advised FinTech and open banking pioneer Frollo and its shareholders on its sale to NextGen.Net in July 2020.

Envirosuite — advised for ASX listed Envirosuite Limited, an environmental technology business, on its corporate and commercial transactions, including the $100m acquisition of EMS Bruel & Kjaer and associated capital raising by private placement and share purchase plan, announced in January 2020, and the $15m disposal of its consulting arm to ERM Australia, announced in May 2017.

Marstel Services — advised Marstel on its acquisition of the Altona bulk liquid terminal from Stolhaven in August 2019.

A Global Automotive Tier 1 Supplier — acted on its buy out of its joint venture partner’s interest in a Victorian based automotive company in December 2018.

BigWarehouse — advised BigWarehouse Holdings and its shareholders on its acquisition by private equity backed Parts24 S.p.A in June 2018.

Ardent Leisure — advised companies in the Ardent Leisure Group, including AMF Bowling and Goodlife Health Clubs, on their acquisition of various businesses, as well as Ardent on its disposal of AMF Bowling in December 2017.

GPS Wealth — acted for the shareholders of GPS Wealth on its sale to ASX listed Easton Wealth Limited in July 2017.

Conference Call International — acted for the shareholders of CCI, the largest independent conferencing and collaboration provider in Australia, on its $18m disposal to ASX listed MNF Group Limited in February 2017.

Pureprofile — advised ASX listed Pureprofile Limited, a data insights and programmatic media company, on its 2016 acquisition of Cohort Global, a leading digital marketing business, together with its associated capital raising by private placement and share purchase plan, and ASX shareholder approvals. The purchase price was $18m upfront and up to $37m in total, including earn outs, payable in cash and scrip.

Practice areas and other information

Other areas of expertise

“Kieren is a trusted advisor. Beyond the purely legal and technical aspects of his advice, his advice also incorporates practical commercial and strategic considerations. The result is that, after consulting an issue with Kieren, I can make decisions with confidence that all the key considerations have been surfaced, and the practical options set laid out is the complete one. While undertaking a fast-paced and at times complex corporate transaction, being able to call Kieren on short notice and trust in his advice was imperative in smoothing over issues and keeping the transaction momentum high.”